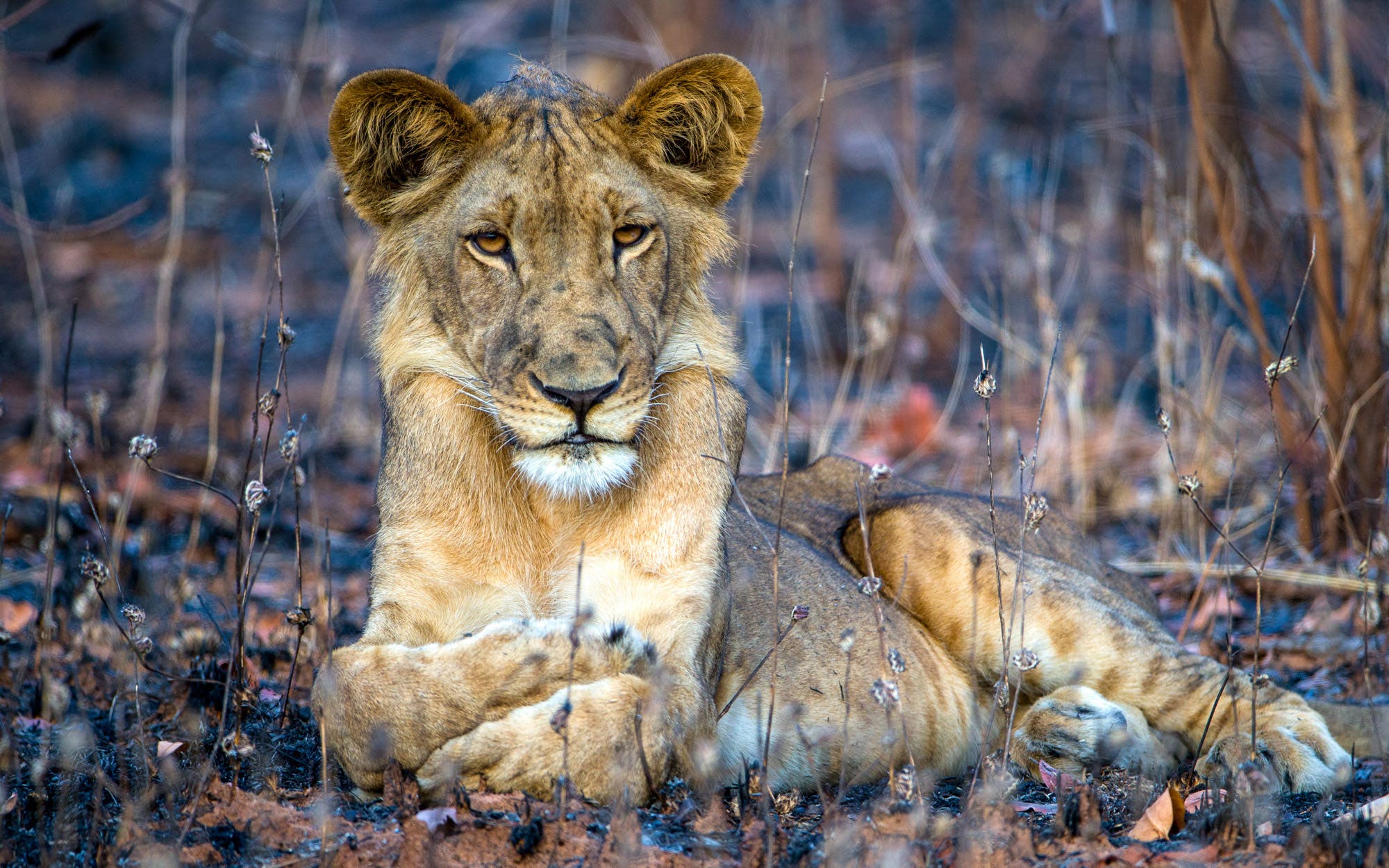 The West African lion is listed as being ‘Critically Endangered’. The vast 3,513 square mile Niokolo-Koba National Park, an area 10 times larger than that of New York City, holds the last remaining population of lions in Senegal. Lions are of great importance to Senegal because they are on the official national symbol, and even the national football team is called the ‘Lions’. However, there are fewer than 50 lions remaining in Niokolo-Koba and as a result the species is at dire risk of going extinct in the country. With adequate protection, however, the park could hold a population of hundreds of lions. As such, Niokolo-Koba is one of the sites with the greatest potential for contributing to the recovery and conservation of the West African lion. The park also contains the most westerly population of wild dogs and provides a rare example of coexistence between lions and chimpanzees. There is a need for elevated management and law enforcement presence in Niokolo-Koba, as current budgets are very low and there are limited “boots on the ground”.

Panthera is establishing a financial and technical support project for Niokolo-Koba, with partial co-funding from a mining company in the area. Panthera aims to start by establishing a 656 square mile secure zone in the park, covering about 19% of park, in an area that receives inadequate management presence at the moment, and then gradually expand out. This Lion Recovery Fund grant will help Panthera establish infrastructure (a radio network and ranger bases), to pay for bonuses for rangers, to cover equipment and operational costs, and for law enforcement monitoring.

Update: A second grant was issued in late 2019 allow for a strengthening of law enforcement effort and provide a platform from which Panthera can expand their operational footprint in the park. This grant was strategic because it enabled Panthera to unlock $380,000 of additional funding from Segre Foundation.